ROBERT SWINSTON (Artistic Director) graduated from the Juilliard School with a BFA in Dance. His experiences as a dancer began with the Martha Graham Apprentice Group. He performed with the companies of Kazuko Hirabayashi and Jose Limon, before joining Merce Cunningham Dance Company (MCDC) in 1980. In 1992, he became Assistant to the Choreographer. After Cunningham’s death in 2009, Robert became Director of Choreography and maintained the company’s repertoire during the Legacy Tour (2010-2011). During this period, he assembled 25 Events for MCDC, concluding with the final performances at the Park Avenue Armory Events. While Director of Choreography for the Merce Cunningham Trust (2012), Swinston created Four Walls / Doubletoss Interludes, an adaptation of John Cage’s Four Walls (1944) and Cunningham’s Doubletoss (1993) for Baryshnikov Arts Center. In January 2013, he became Artistic Director of the Centre national de danse contemporaine (CNDC) in Angers, France. For Compagnie CNDC – Angers, he created the Cunningham Event, décor by Jackie Matisse with guest musicians; Four Walls / Doubletoss Interludes; Deli Commedia Variation (adaptation of Cunningham/Caplan Video Dance) and Debussy’s La Boîte à Joujoux for young audiences. He has staged Cunningham works for companies such as the White Oak Dance Project, Rambert Dance Company, New York City Ballet, and the Paris Opera. In 2003, Robert Swinston was awarded a “Bessie” for the reconstruction and performance of How to Pass, Kick, Fall and Run (1965). 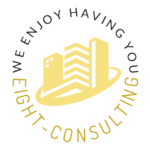